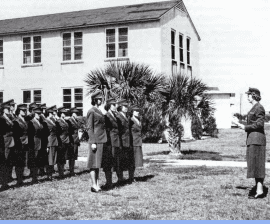 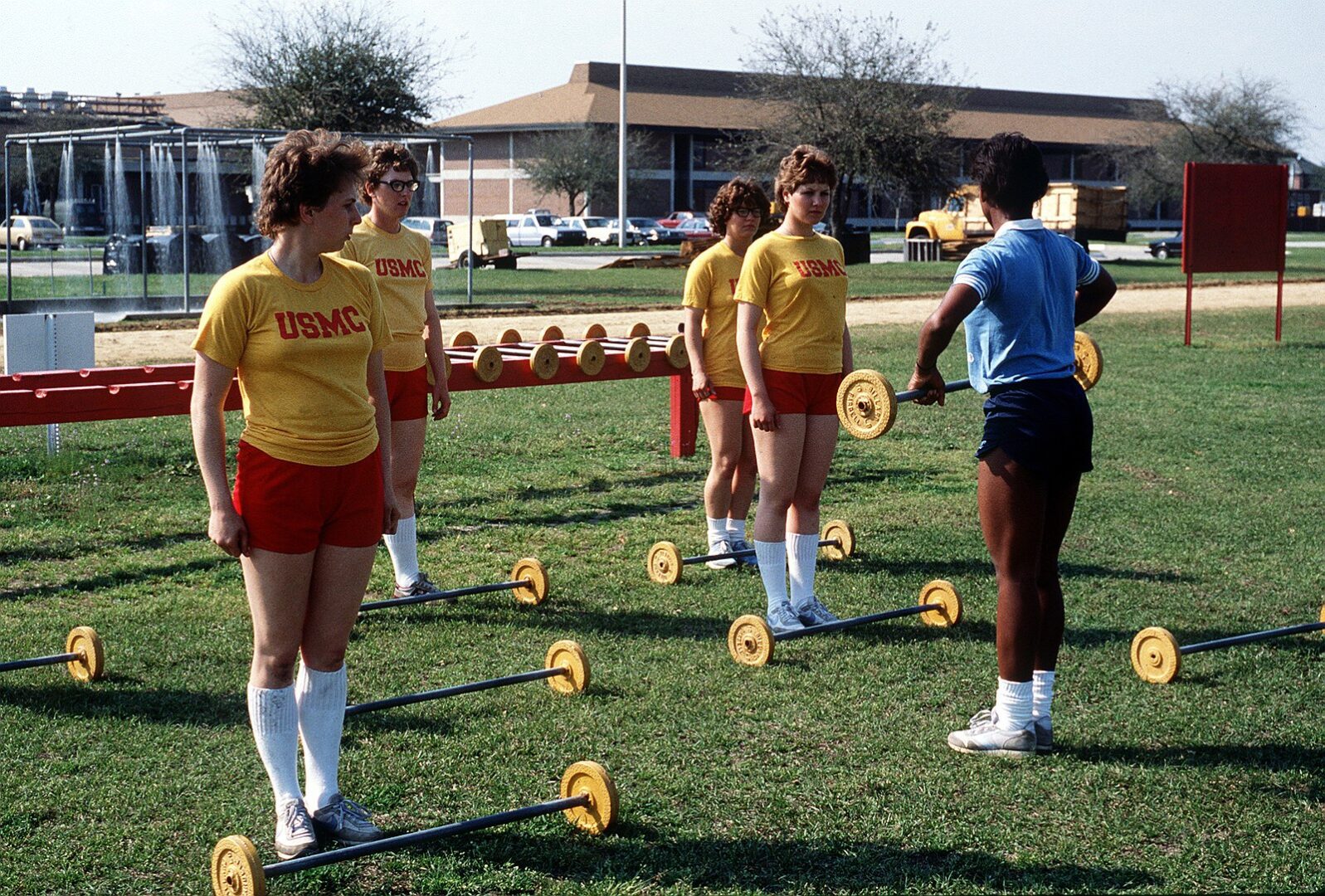 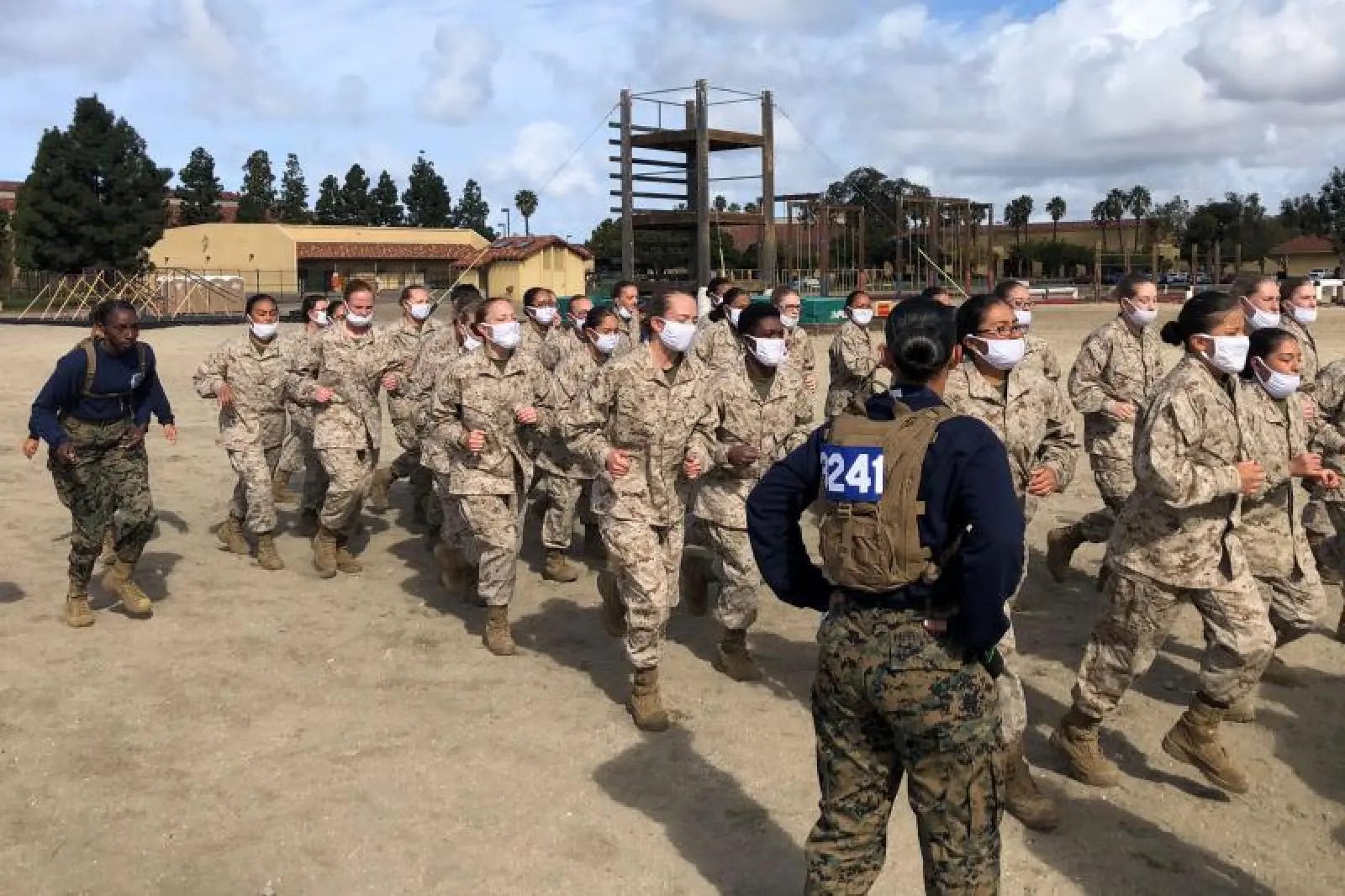 The historic first was motivated by the National Defense Authorization Act, signed in 2020, which required the Marines to begin training male and female recruits together before 2028.

On 23 February 1949, Third Recruit Training Battalion was re-activated as the organization training non-veteran Women Marines, who began to be accepted into the regular Marine Corps in January.

The battalion was to be operated by five Women Marine officers, 15 enlisted women, and 15 male enlisted who acted as drill instructors and guards. Before the year was out, eight recruit battalions were formed, and in March 1952, a new peak of recruits was reached with more than 24,000 men undergoing training at one time. 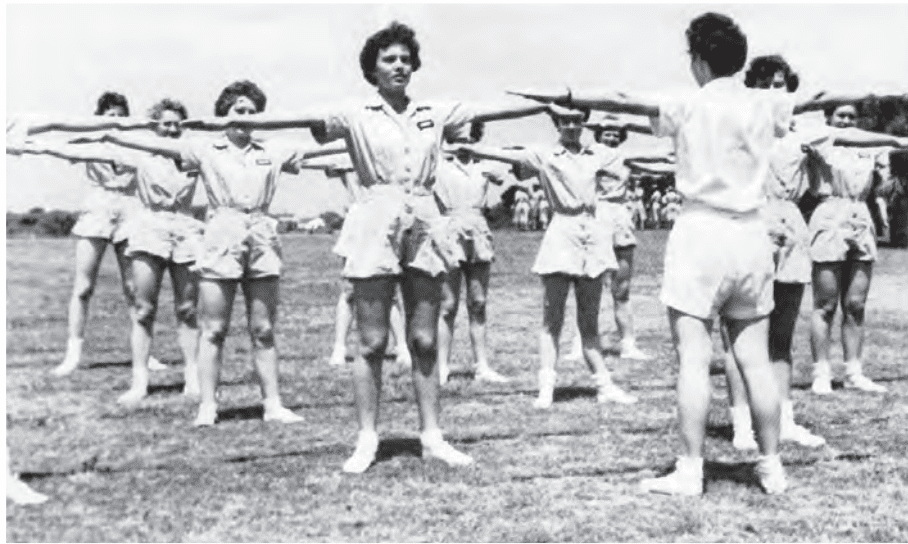 This created a shortage of qualified drill instructors, thus revealing a need for a formal Drill Instructor School. By October of 1952, a course lasting three and one-half weeks was established. Drill instructor applicants were required to be 21 years of age, have a neat appearance, have alertness, a suitable voice, and self-confidence. In all, Parris Island drill instructors trained some 138,000 Marines for service in the Korean War.

The 2020 National Defense Authorization Act required the Marine Corps to fully integrate boot camp, down to the platoon level.

Parris Island, South Carolina, was given five years while San Diego was given eight to comply with the congressional mandate.

For this historical fist in San Diego, Lima Company saw one platoon of women training alongside five all-male platoons, a model first tested out in Parris Island, South Carolina, starting in 2019.

So far 15 coed companies have graduated from Parris Island, South Carolina, since the base started experimenting with the setup.

Sixty female recruits arrived at San Diego, where they'll complete boot camp in a coed company for the first time in the base's 100-year history.

About 450 men and women will spend the three months training together at as part of Lima Company, 3rd Recruit Training Battalion.  The Marine Corps traditionally has trained women only at its East Coast training base in Parris Island, South Carolina.

Katey Hogan (center) and members of Platoon 3241 celebrate their graduation from boot camp at the Marine Corps Recruit Depot. They were part of the first company to train women and men recruits together. 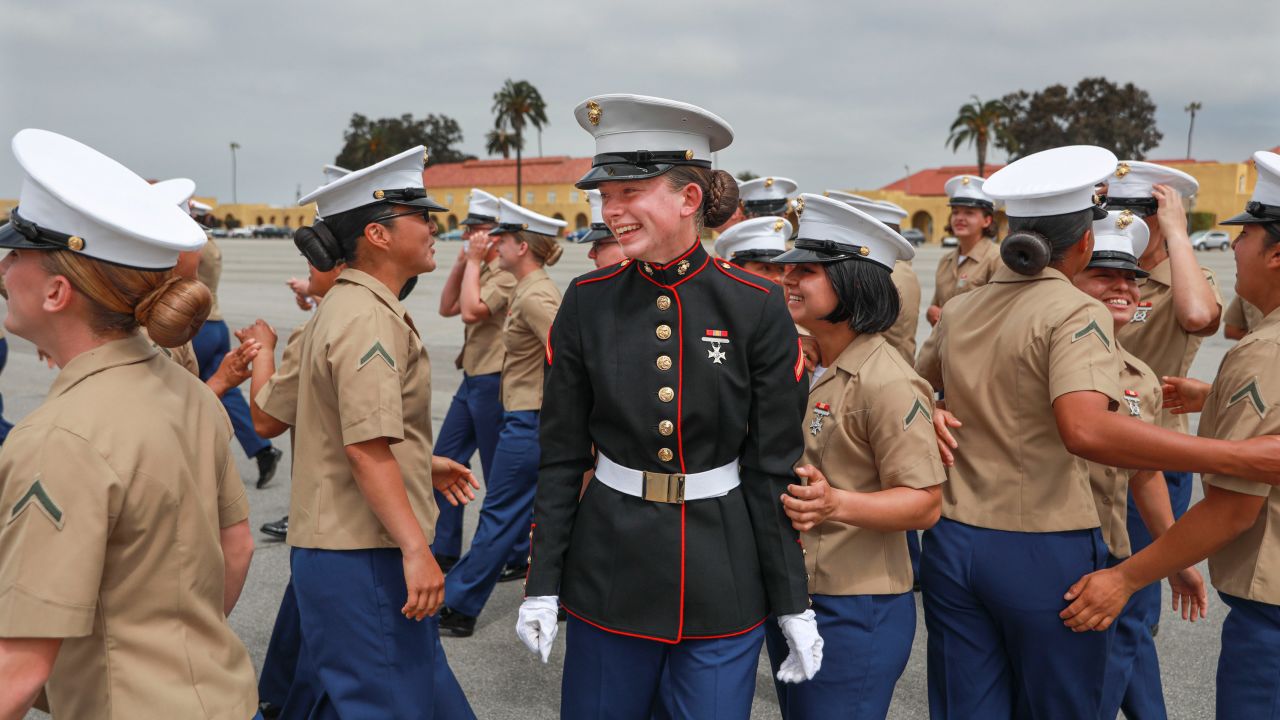