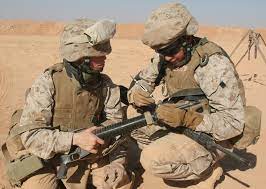 Marines with the Lioness Program refill their rifle magazines during the live-fire portion of their training. 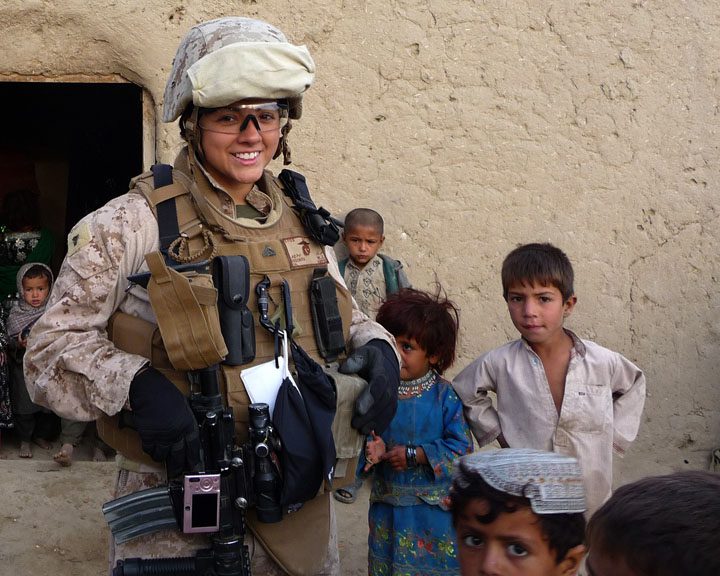 The FETs are an initiative implemented in 2010 by the United States Marine Core under the US-led counterterrorism mission in Afghanistan, Operation Enduring Freedom. Female-only teams are being fielded to engage with the local population, particularly Afghan women who, due to social customs, rarely engage with male soldiers.

The US Marine Corps has 16 FETs based in and around Helmand province, Afghanistan. Another four are British-led.

The FETs are being run independently of NATO’s International Security Assistance Force (ISAF). However, ISAF Commander General David Petraeus recently called for an overall FET programme, which will set standards, requirements, reporting and a way ahead. Working groups and meetings to share lessons learned have already taken place.

Many marines have never worked with females before, says Cpl. Buskirk (pictured below), who acknowledges that this has lead to some difficult interactions. However, over time the teams have proven their ability to their male colleagues and gained their respect. 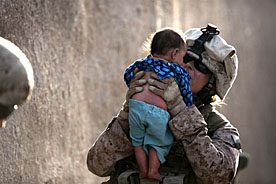 These FET members patrolled through local compounds around the base to asses possible home damage caused by aircraft landing at Forward Operating Base Musa Qa'leh, in support of the International Security Assistance Force.

Asked whether they would encourage other women to join the armed forces, all three FET members said they loved what they did because it made a difference, but that it could be challenging in many ways.

In 2003, Army commanders in Iraq created a program that sent female soldiers on missions with all-male combat units. The term coined for these women was “Team Lioness.” Team Lioness was used to search Muslim women for weapons, as it was culturally unacceptable for male soldiers to touch the women. Since cultural customs prohibited male officers from searching Muslim women, Team Lioness became a necessary accessory to the all-male Army and Marine units fighting in Iraq.

The female  who accompany male Marines on patrols and house-to-house searches are known as Team Lioness, and have proved to be invaluable. Their presence not only helps calm women and children, but Lioness troops are also able to conduct searches of the women, without violating cultural strictures.