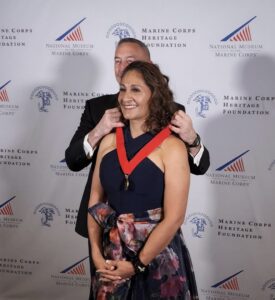 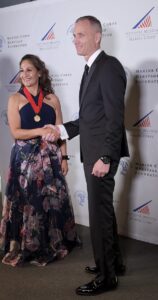 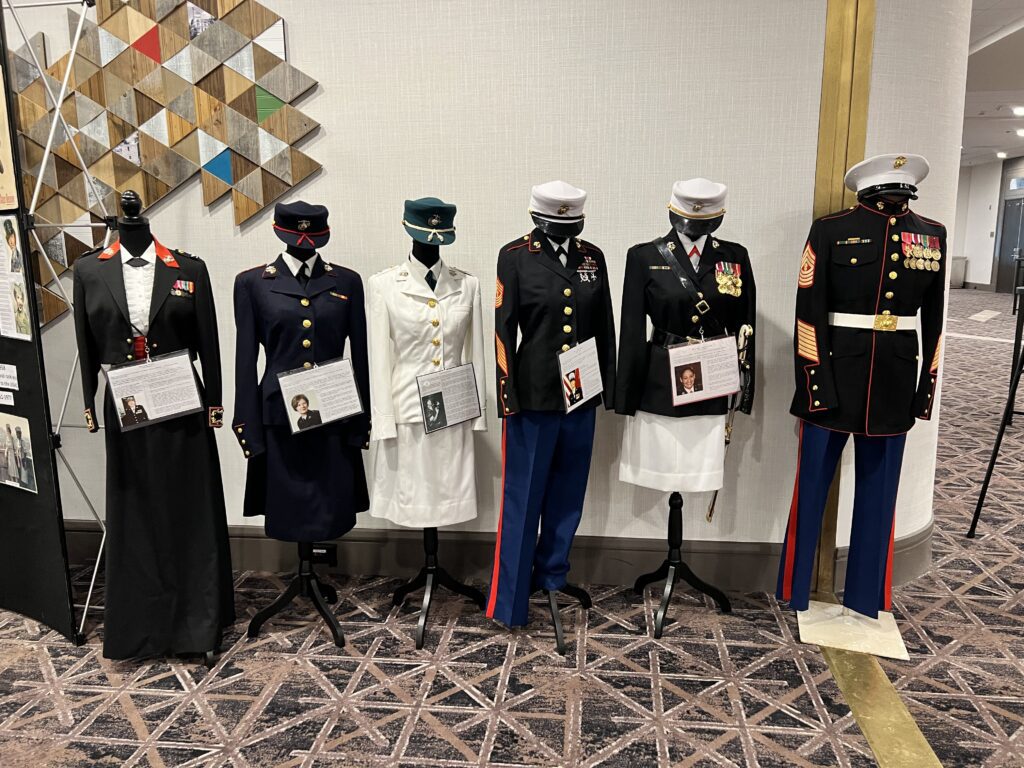 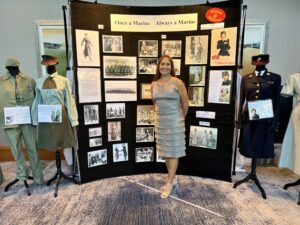 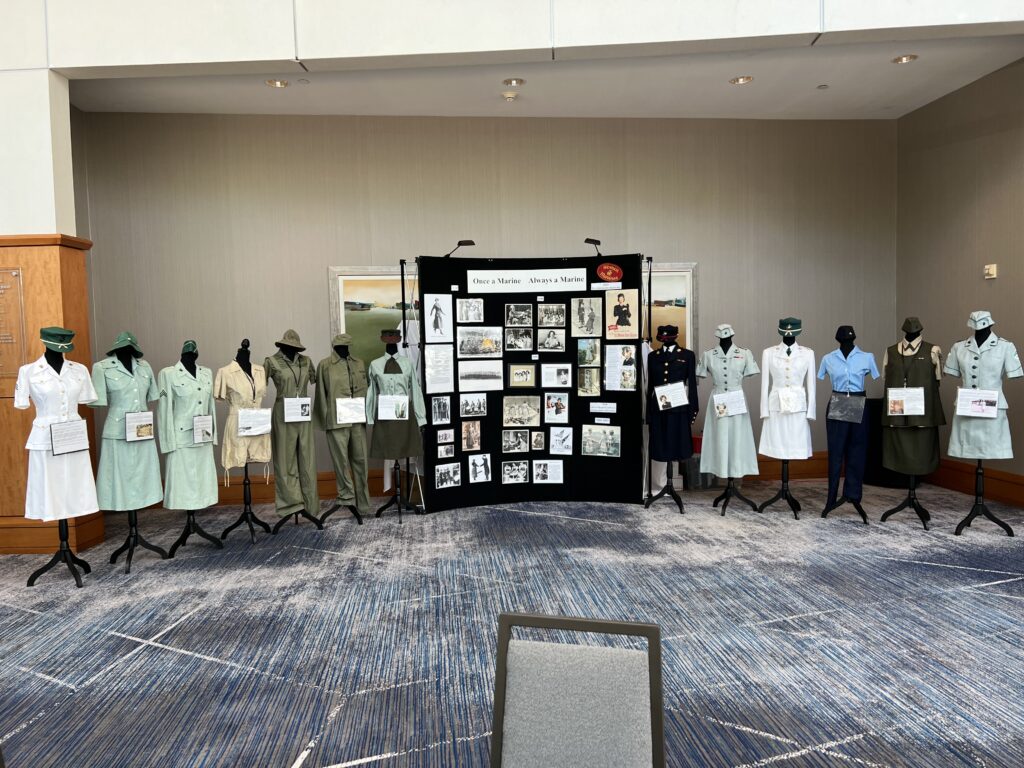 The Marine Corps Heritage Foundation’s Annual Awards program recognizes exemplary work that furthers the understanding of Marine Corps history, traditions, culture and service. Judged by Marines and civilian experts, the Annual Awards are a mark of distinction and achievement for journalists, writers, photographers, artists and scholars.

Previous winners include best-selling authors, celebrated novelists, national columnists, network producers, and active Marines with extraordinary talent. The Foundation honors their work in recognition of the difficulty and importance of accurately telling the Marine Corps story.

The Colonel Julia E. Hamblet Award
Named for the longest serving Director of Women Marines, this award is funded by a bequest from the estate of Lotus Mort and judged by the Women Marines Association. It is given to the individual or team who has done the most to further the recognition of the history of women who have earned the title Marine. 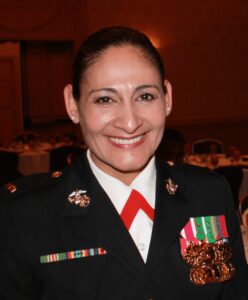 Was so excited to celebrate the 247th Marine Corps Birthday with all the Marines and other guest on Saturday, 5 November 2022, at the Marriott Rivercenter Hotel (Riverwalk) in downtown San Antonio, TX. 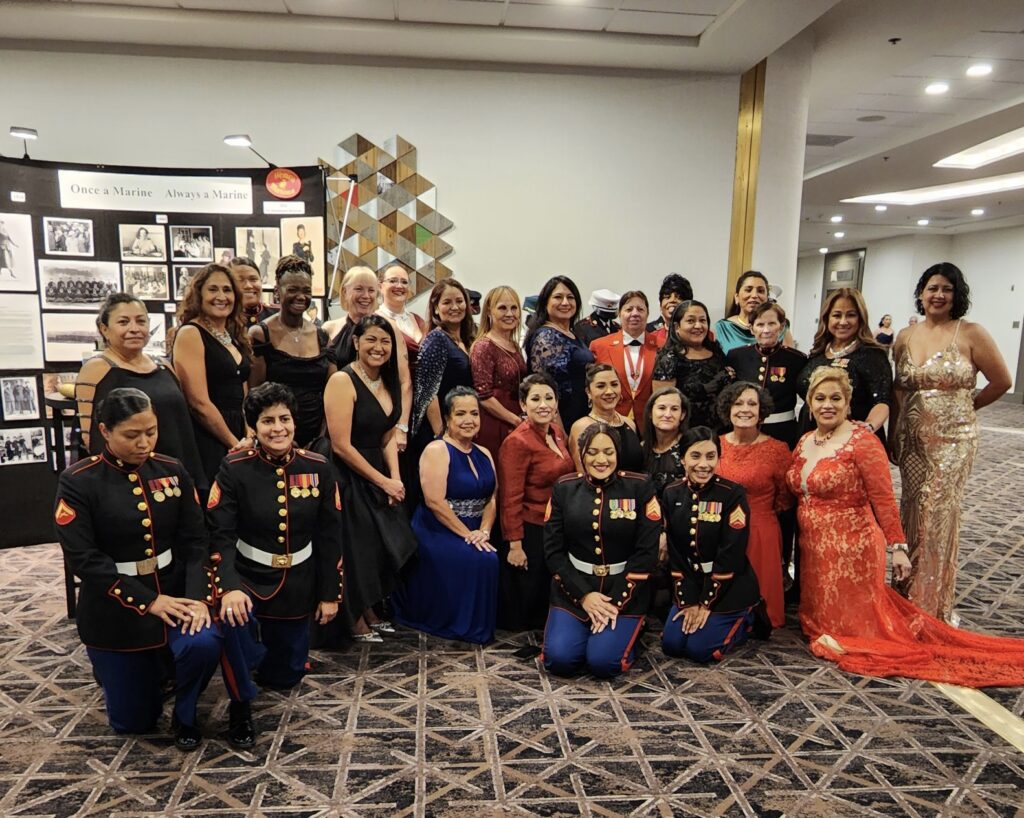 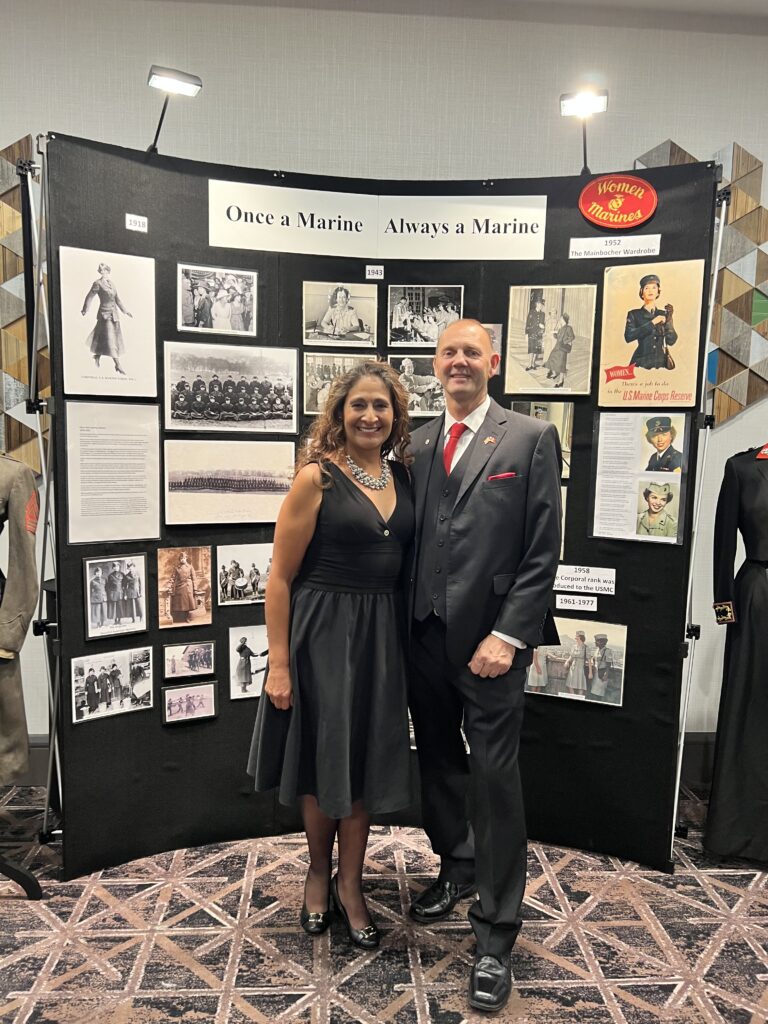 Our 248th Birthday in Southeast Texas is Being Planned!

TICKETS FOR THIS YEAR'S EVENT WILL BE AVAILABLE SOON.  If you missed out on this year's event, tickets for the 248th Birthday Ball will be available in January 2023.

"STAY TUNED"  for information about next year's event and upcoming events for 2023.

The 248th Celebration will be a time of fellowship and camaradarie for the Marines, FMF Navy Personnel, and our supporters in the Houston, Galveston, and Southeast Texas Area.  We will conduct a ceremony, have some dinner, do a little dancing, then get to share our Marine Corps stories with one another.   It will be a great time.  Event information is listed below.