HISTORY Faces of the Fallen 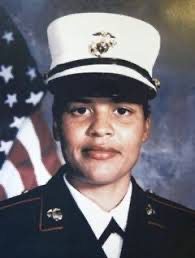 Was killed in the crash of a KC-130 refueling plane which struck a mountainside in Pakistan, killing all onboard. 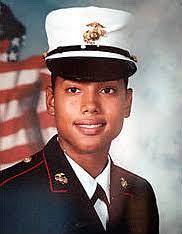 On June 23, 2005, days before her 21st birthday, Corporal Valdez was in a convoy that was ambushed by a suicide, vehicle-borne, improvised explosive device in Fallujah, Iraq. 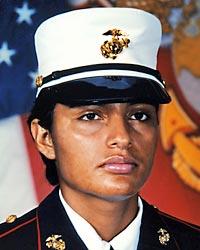 Died in a helicopter crash in Al Anbar province, Iraq. 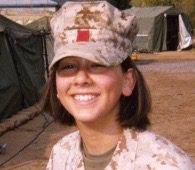 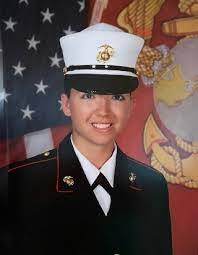 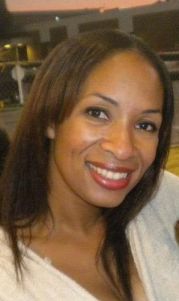 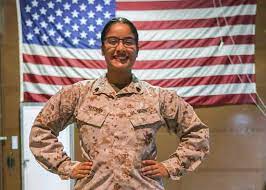 Sgt. Jeannette L. Winters, 25, was a radio operator aboard the tanker plane that crashed into a mountain in southwestern Pakistan on its approach to a base in Shamsi, 170 miles southwest of Quetta. The cause of the crash, the deadliest incident yet for U.S. forces in the war against terrorism, is under investigation.

Sgt Winters was killed in the crash of a KC-130 fueling plane. The plane was later found to be flying too low at night without night vision equipment. She is the first female member of the U.S. military to be killed in combat since the 1991 Gulf War.

Jeannette joined the Marines in June 1997 because she wanted to do something different. She always wanted to go into the service and would always push to be better. If she was at 100 percent, she thought she could be 200. Her job in the Marines was as a radio operator (satellite communication technician) and she loved it; she was so proud to get into the Marine Corps.

She knew she wouldn't be home for Christmas because she had gotten orders to go to Afghanistan so before going overseas she assembled a package of Christmas gifts for her family. Jeannette got a coat, gloves and a hat for a 2-year-old niece she had never met and a guitar for her father, once a professional musician. He will never play duets with his daughter, but he finds some comfort in the knowledge that she loved what she was doing. She served her country.

Valdez was born in the Dominican Republic and grew up in New York. During her teens she got her first job working at the Statue of Liberty and when she was 17 she received permission from her mother to enlist in the U.S. Marine Corps.

Valdez served as a communications specialists and was later deployed to Iraq. On June 23, 2005, days before her 21st birthday, Valdez was in a convoy that was ambushed by a suicide bomber. Many troops, including Valdez did not survive.

She was awarded full military honors and the U.S. Marine Corps honored her by dedicating the II MEF Communications Training Center as the Valdez Training Facility.

Navarro Arellano, one of six children raised by a single mother, was nicknamed "Chica," according to the U.S. Marines in a story about her memorial service. Her death notice said she was born in Mexico and, along with her twin sister, became a U.S. citizen at 13.

Navarro-Arellano, 24, was killed on April 8, 2006 in Anbar Province, Iraq during Operation Iraqi Freedom. Then Congressman Jeff Denham introduced a bill in July 2018 to name the Ceres Post Office after Juana.

Thirteen years after her death, Marine Lance Corporal Juana Navarro-Arellano of Ceres was remembered during a Friday morning ceremony at the Ceres Post Office formally renaming it in her honor.

Major Megan Malia McClung graduated from the United States Naval Academy and was commissioned a Second Lieutenant in the United States Marine Corps in May 1995. After The Basic School, she completed the Public Affairs Officer Qualification Course, Ft. Meade, MD. In 1996, Major McClung reported to Marine Corps Base Camp Pendleton where she served as the Public Affairs Officer and Media Officer; provided PA support to Special Operations Training Group, and served as Executive Officer, Support Company, Headquarters and Support Battalion.

Major McClung transferred to Marine Corps Recruit Depot Paris Island in 1999, where she served as the Academics and Scheduling Officer. At Parris Island, McClung impacted the Operations department by updating the Recruit Training SOP, Anti-Terrorism Force Protection SOP, and helped procure and establish the Early Warning Siren System. She again transferred to 2nd Marine Aircraft Wing, Cherry Point, NC. Serving there as the PAO, she handled sensitive media issues that included several Class A mishaps and was named Cherry Point Athlete of the Year in 2002. In 2003, Major McClung transferred to the Reserves and worked as the East Coast Regional Representative for the Marine For Life program at Camp Lejeune, NC.

In 2004, Major McClung took a civilian position in public relations for Kellog, Brown, and Root in Baghdad, Iraq. While there, she handled 31 fatalities; public relations preparation for Congressional hearings; and escorted media throughout the theater. When her one-year contract was complete, Major McClung returned stateside and went on active duty with U.S. Marine Corps Forces, Atlantic, as the Deputy PAO.

In October 2005, Major McClung left MARFORLANT and deployed with I Marine Expeditionary Force in February 2006 for one year in Al Anbar Province. She was the Public Affairs Plans Officer at Camp Fallujah when she volunteered for duty with the Army's 1st Brigade, 1st Armored Division, operating in Ramadi. She was killed when her Humvee struck an improvised explosive device after escorting a FOX News crew to the Governance Center, and a Newsweek reporter to a Coalition outpost in the city. 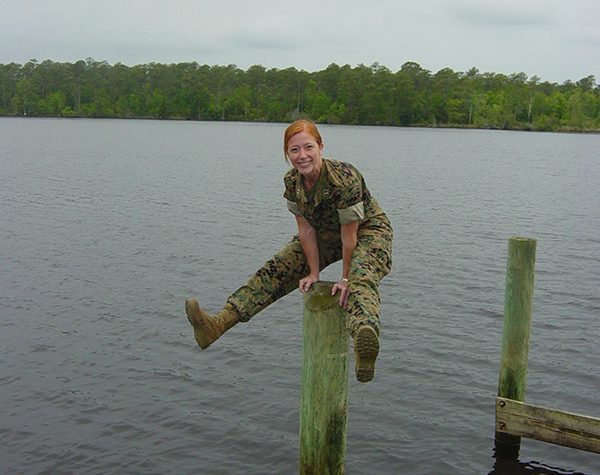 Major McClung held a Bachelor of Science degree in General Science from the U.S. Naval Academy and completed her Masters in Criminal Justice through Boston University. Her awards include the Bronze Star, the Purple Heart, Navy and Marine Corps Commendation Medal, and National Defense Service Medal.

Major McClung was an avid marathon runner and tri-athlete. As a tri-athlete, she competed in seven Ironman distance triathalons. Her accomplishments include winning the First Military Female award in Kona in 2000 and placing second the next year. She organized the first Marine Corps Marathon (Forward) in Iraq to coincide with the 2006 Marine Corps Marathon and served as the Race Director. Despite running with an injury, she placed second among the female runners.

Major McClung was the daughter of Michael and Re McClung of Coupeville, Washington.

She graduated the United States Naval Academy in 2000 and was commissioned a Second Lieutenant in the United States Marine Corps. She earned her Wings of Gold in 2002 and became the first female pilot in the Purple Foxes Squadron. She did three tours of duty in Iraq.

She also loved sailing and was a member of the Swampscott Recreation Commission Sailing Program and the Naval Academy’s Intercollegiate Sailing Team. She was survived by her parents, Raymond and Rosalie Harris, and her fiancé, Capt. Christopher Aaby.

On February 7, 2007 only weeks before she was to go home, she was on guard duty at her base when a female suicide bomber approached and detonated her bomb. Parcell was severely wounded in the attack.

She succumbed to those wounds a short time later.

Lance Cpl. Stacy Ann Dryden always enjoyed a challenge. Whether it was singing in the school choir or cheerleading, she always pushed herself to new experiences.

That love for adventure brought her to the Corps. Her cousin, Midge King, said Dryden chose the Marines because they were the toughest to join.

“Once she joined, she found out it was the love of her life,” King said Wednesday.

Dryden -- known as “Annie” by friends and family.

She died as the result of a noncombat related incident at Al-Asad airfield, the second largest airbase in Iraq.

Dryden, 22, is the daughter of Thea Dryden and Ronald Dryden. She has a younger brother, Jake.

Sgt. Nicole Gee, 25, was killed, along with 12 other American service members, and 169 Afghan civilians in the initial blast and the gunfire that followed.

Sergeant Nicole Gee, a native of Roseville, California, enlisted in the Marine Corps in 2017 and was later assigned to Combat Logistics Battalion 24, where she provided maintenance on ground electronics transmission systems.

Sgt. Gee deployed to Afghanistan in support of the Afghanistan withdrawal. There, she served on a Female Engagement Team, to facilitate evacuation support for Afghan women and children.

Less than a week prior to her death, Sgt. Gee made a social media post of her caring for an Afghan infant in which she remarked: “I love my job”.

During her Memorial service, Sgt. Harrison, a close friend of Sgt. Gee, remarked, “She lost her life so others may live and without a doubt, she died proud. Proud of who she was, proud of what she was doing and proud to be a United States Marine.”

Sgt. Johanna Rosario, 25, was killed, along with 12 other American service members, and 169 Afghan civilians in the initial blast and the gunfire that followed.

After her graduation, in 2014, Lawrence, MA native, Sergeant Johanny Rosario Pichardo enlisted in the Marines and served with the Naval Amphibious Force, Task Force 51/5th Marine Expeditionary Brigade Pichardo was assigned to assist in the Afghanistan evacuation efforts.
Immediately upon arriving in Kabul, Sgt. Rosario-Pichardo volunteered to work a security assignment that only women could do in Afghanistan – screen the women and children attempting to flee the country. Pichardo lost her life assisting two Afghan women who were being trampled by the pack of people outside the airport gates, when a suicide bomber detonated his explosive belt.
Sgt. Rosario Pichardo, 25, was killed, along with 12 other American service members, and 169 Afghan civilians in the initial blast and the gunfire that followed. Pichardo’s commanding officer, Capt. Pascal DeMeo, remembers Pichardo’s final words before she attempted to help the women on the ground- “They need me, sir.”