A New Director for Women Marines

The announcement was made and plans were set in 1967 for one officer and nine enlisted women to fill desk billets with the Military Assistance Command, Vietnam (MACV), based in Saigon.

The Names of those who Served 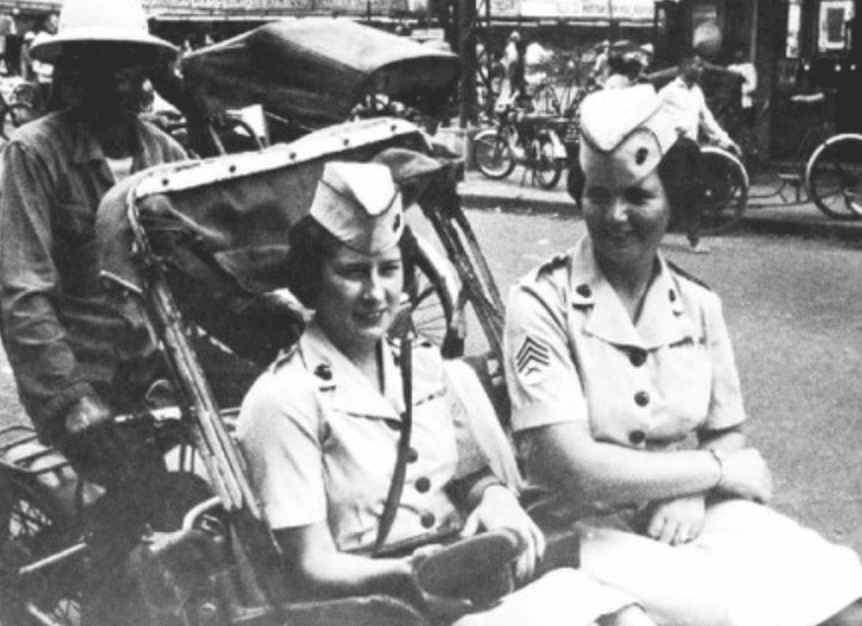 The End of the War

With the signing of the Paris Peace Accords on January 27, 1973, the war in Vietnam was declared officially ended. Not only a war, but an era, was coming to an end in 1973. The draft was replaced by the All-Volunteer Force policy.

The U.S. Marine Corps had a more limited female presence in Vietnam.

Cpl Jeanne Francoeur received her Saigon assignment after completing a tour at HQMC. 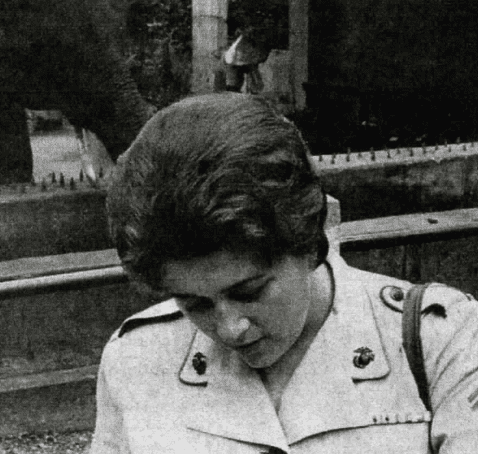 SSat Ermelinda Salazar spent 19 months in Vietnam. During her oft-duty hours she helped care for young children in orphanage. 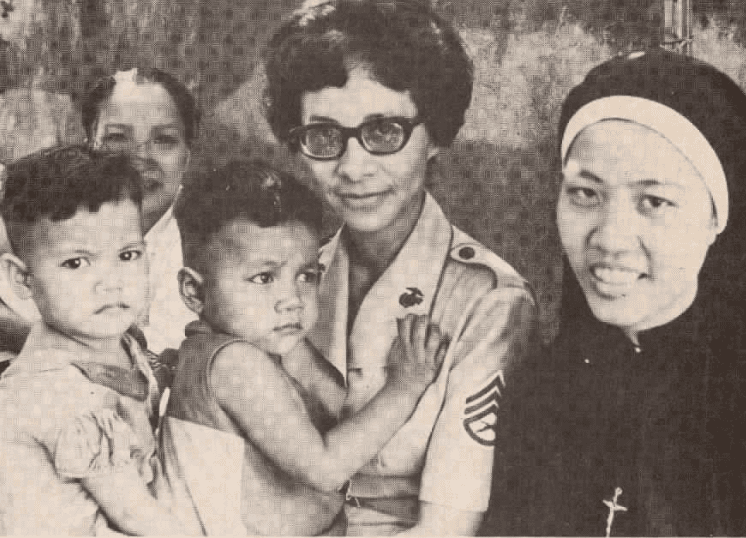 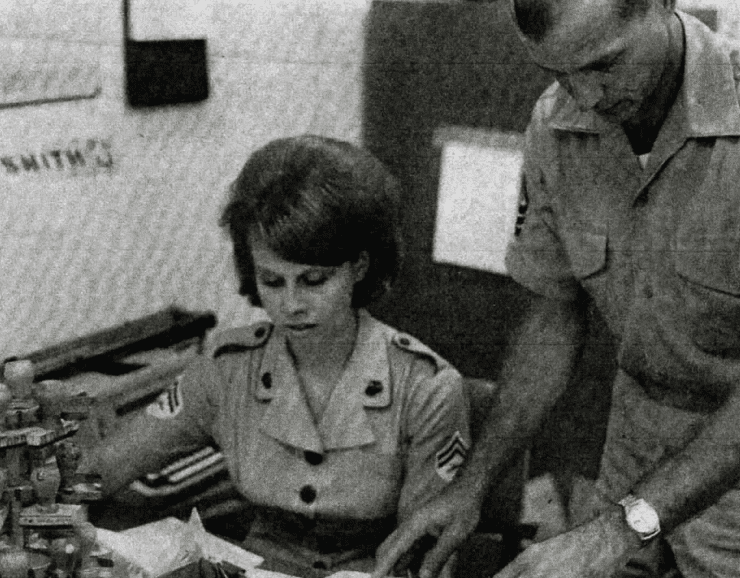 Sgt Walsh spends much of her time gathering information by phone. 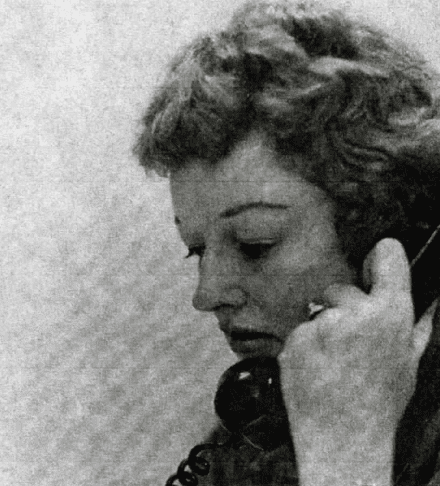 Colonel Margaret M. Henderson served as Director of Women Marines from 2 March 1959 until 2 January 1964. The Legion of Merit was awarded her upon retirement, 31 January 1966, “for exceptionally meritorious performance of outstanding services as planner, administrator, and leader of Women Marines throughout a distinguished career.

Margaret Monroe Henderson was born on 6 February 1911 in Cameron, Texas. She was graduated from high school at Kenedy, Texas, in 1928, and received her BA degree upon graduation from the University of Texas in 1932. She then taught in secondary schools of Lubbock, Texas, until the spring of 1943 when she entered the Marine Corps.

Detached from active duty in May 1946, Colonel Henderson returned to Lubbock, where she served as an instructor at Texas Technological College for two years. In November 1948, she was integrated into the regular Marine Corps and returned to active duty, with the passage of the Women’s Armed Forces Integration Act. At this same time, the Women’s Reserve received the title of Women Marines.

From January 1955 to March 1957, Colonel Henderson served as Assistant G-1, at the Marine Corps Base, Camp Pendleton, California. In April 1957, she was assigned to Headquarters Marine Corps as Head, Women Affairs Section, G-1 Division.

From January 1964 until her retirement, Colonel Henderson served as Assistant G-1 (Personnel), Marine Corps Recruit Depot, San Diego. She was placed on the retired list with the rank of colonel, the rank she held as Director of Women Marines.  She passed away 28 December 2004.