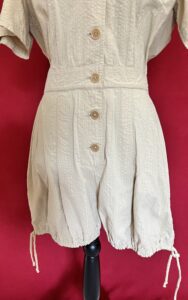 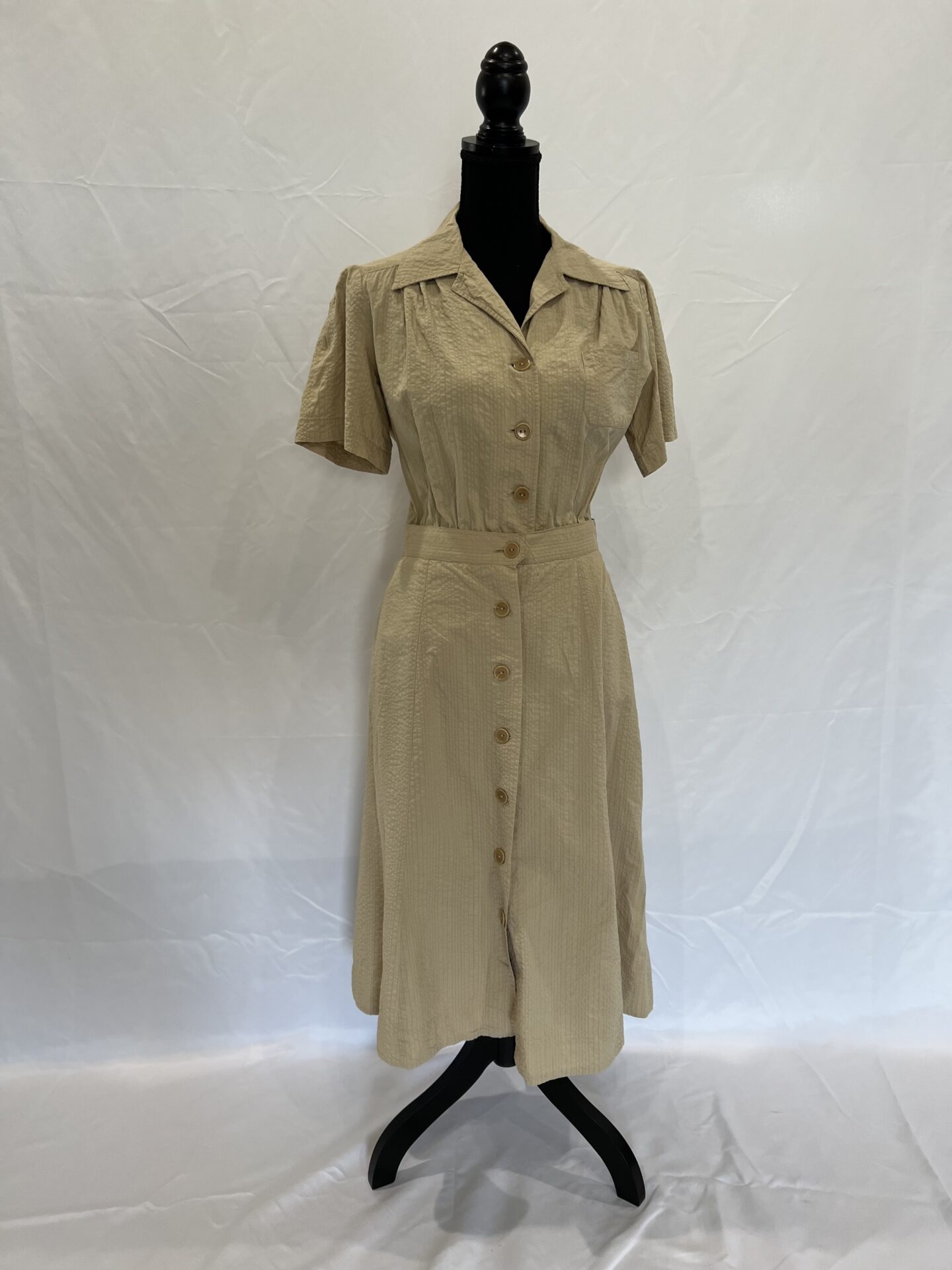 Later Production suits had a removable skirt, made from the same material as the suit and buttoned down the front with seven composite buttons.

Mail clerk from August 1943 until September 1946 at the fleet post office in San Francisco. In 1949, former WR Staff Sergeant Frances A. Curwen was selected to be part of the Boston unit, one of the first seven WR platoons to be trained to meet mobilization needs of the Marine Corps. Designated women's Reserve platoons (WR platoons), were attached directly to the major parent male unit as an organic element (e.g., WR Platoon, 11th Infantry Battalion).

Mobilized for the Korean War, TSgt Curwen was the only female postmaster in 1952 and supervised the Montford Point Branch, Camp Lejeune Post Office. Following the war, she was a member of the VTU, and as an instructor at the Marine Corps East Coast Postal School in 1952.

On 19 January 1953, Technical Sergeant Curwen (later Bilski), hand selected to be an instructor, was an instructor for the first class of Staff NCO Leadership School for women since 1945.

The Staff NCO Leadership School for women was convened Camp Lejeune. In the early 1960s, after having served as postmaster at Parris Island, she was ordered to similar duty in Hawaii, but the command absolutely refused to have a woman in the job, saying that the mail bags were too heavy for a female.

In the late 1960’s, Gunnery Sergeant was one of many drill instructors. Picture below GySgt Curwen teaching a typing course in the early 1960s to recruits at Parris Island.

The exercise suit or “peanut suit” as it was commonly referred due to the light brown color and crinkled appearance, consisted of a one-piece “bloomer outfit” (shorts and blouse) in brown and white striped Seersucker material, buttoned down with six composite buttons. The suit has a single open topped breast pocket on the left front panel. The suit was short-sleeved and had drawstring cuffs on the shorts (for modesty).