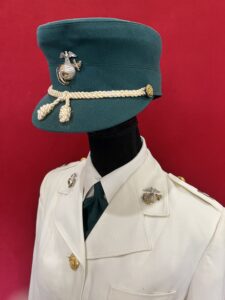 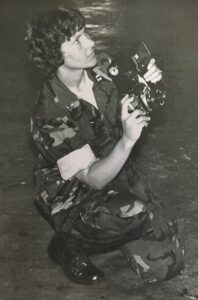 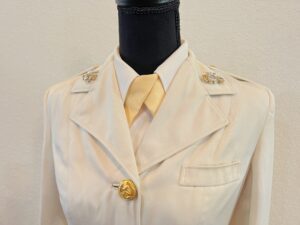 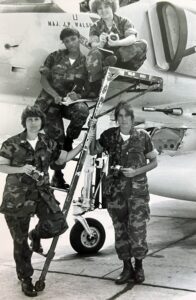 Shirley Marie Corley was born on 1 May 1952 in Soap Lake, Washington and was raised in Brea, graduate of California State University at Fullerton, where she received her Bachelor of Arts degree in American Studies. While in her senior year at college, Ms. Corley was appointed as an officer candidate, United States Marine Corps Reserve. After graduation Officer Candidate Corley attended Marine Officer Candidate School at Quantico, Virginia. Upon successful completion, she was commissioned as a Second Lieutenant in the United States Marine Corps Reserve. She then attended the Officer Basic School, also at Quantico, during the fall of 1975. Upon completion of the Basic School and designation as a Photography Officer, Second Lieutenant Corley was ordered to temporary duty as the Assistant Officer Selection Officer, Santa Ana, California while awaiting her formal school convening date.

In January of 1976 she reported to the Navy Photographic School at Naval Air Station Pensacola, Florida where, over the course of the next six months, she took eight separate photography courses to become qualified in her military Occupational specialty (MOS). In June 1975, Second Lieutenant Corley reported to Marine Corps Base Camp Pendleton, California. Initially assigned as the Base Photography Officer, she also served as the Base Photography and the Assistant Officer in Charge of the Training Aid and Audiovisual Support Center. While at Camp Pendleton she was promoted to First Lieutenant in August 1977. First Lieutenant Corley left active duty in February 1980. In August 1980, the newly promoted Captain Corley joined the Marine Corps Reserve, being assigned to Marine Air Group-46 at Marine Corps Air Station El Toro, California as the Group Public Affairs Officer.

In February 1981 she attended the Reserve Officer Public Affairs Course at Fort Benjamin Harrison, Indiana to become qualified in her new MOS. She served as the MAG-46 PAO until her departure from the Southern California area in March of 1982. Captain Corley was next assigned as the Public Affairs Officer of Marine Air Group 49 at Naval Air Station Willow Grove, Pennsylvania, a capacity in which she served until her transfer to France in June 1985.

Captain Corley left the Marine Corps Reserve as an Honorary Retiree in June 1989, after having completed nearly 14 years of combined active and reserve service. While on active duty Captain Corley qualified with both the rifle and pistol, an unusual accomplishment for women officers of her era. She was the first woman Marine permitted to fire the M-16 rifle for qualification at Marine Corps Base Camp Pendleton. After leaving the service, Shirley worked for several years as an independent contractor, performing quality control inspections for over 40 companies: Starbucks, Target, Walgreens, etc. In addition, she managed an on line store, specializing in out of print war games and history books. She is also a published author.

Shirley now lives in Sarasota, Florida with her husband of 43 years, Max, a retired Marine LtCol. A highlight of their time in the service was a tour in Paris, where Max was the Marine Corps attache. Along with her husband, she attended 6 months of attaché school and 9 months of French languages school to prepare for the post. Currently, they spend their time traveling anywhere Americans are allowed. Recent trips include Egypt, Mongolia, China, Morocco, a gorilla trek in Uganda and a 51-day Silk Road odyssey across Asia, from Beijing to Istanbul. She has 3 children-her son Clifford having continued the family's service tradition by becoming a company honor man at MCRD San Diego in
March 2009 - and 9 grandchildren. 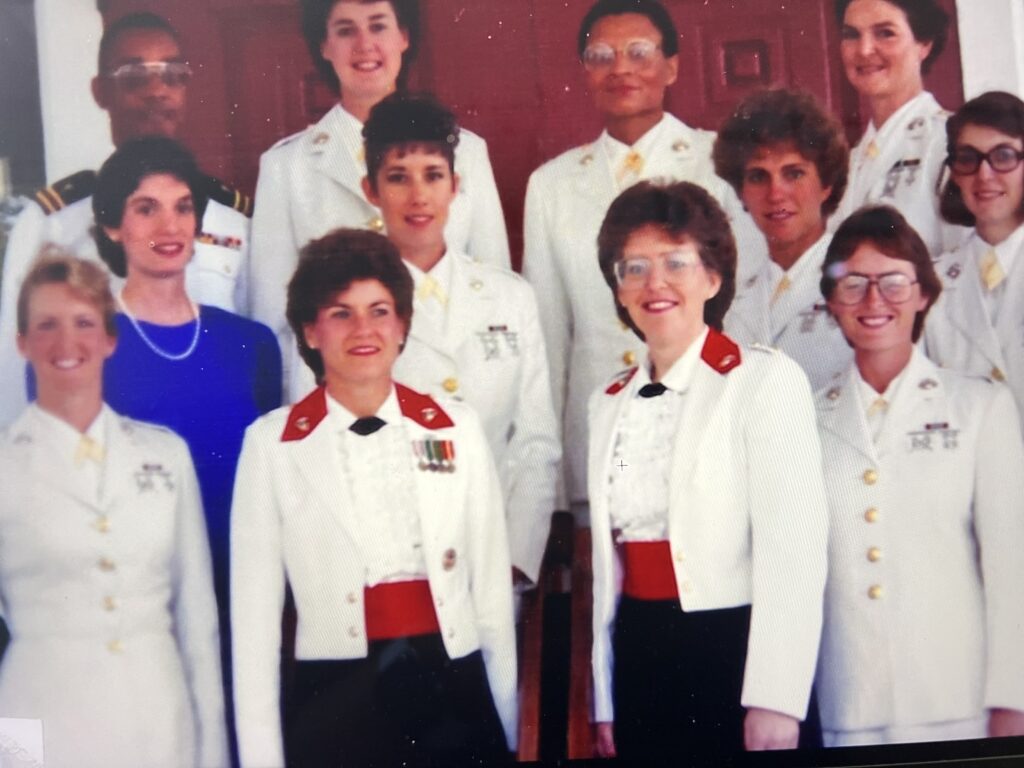 The below is worn with yellow neck tab.

Lieutenant Colonel Rhonda LeBrescu Amtower, retired from the U.S. Marine Corps in January 2001 after 25 years in the intelligence field.

She enlisted in the Marine Corps in January 1976 and attended the 47-week basic course in Chinese Mandarin at the Defense Language Institute in Monterey, California. She applied for and was accepted into the Enlisted Commissioning Program.  In August 1977, she was assigned the MOS of Basic Intelligence Officer.  She also held the additional MOS’s of Imagery Officer, Chinese Foreign Area Officer and Joint Service Officer.

She was selected as the first female Marine officer to serve in the Defense Attaché program and spent the next two years as the Assistant Naval Liaison Officer in Hong Kong.  She served as the MAG-16 Intelligence Officer in Tustin, California from 1988-1990.  Her next assignment was as the Executive Officer of the Fourth Recruit Training Battalion at Parris Island, South Carolina from 1990-1992.  She then attended the Marine Corps Command and Staff College and served a two-year joint tour with the Combined Forces Command/ U.S. Forces Korea as the Intelligence Exercise Planner.  Her next assignment was in Camp LeJeune, North Carolina where she served as the II MEF G-2 Operations Officer from 1995 until her last assignment to Headquarters Marine Corps, Intelligence Department in August of 1998 to January 2001.

Rhonda joined the Women Marines Association (WMA) in 1989 while stationed in Tustin, California and is a life member of National and of the local DC-l Chapter.  She has served in several positions before assuming the position of National President from 2008 to 2012. In 2018 she once again assumed the position as the WMA National President and will continue to serve until the end of the 2020-2022 term of office.

She is married to James (Jim) Amtower LCDR USN (Retired) and they live in Williamsburg, Virginia.