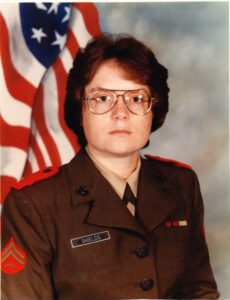 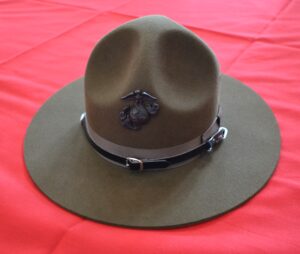 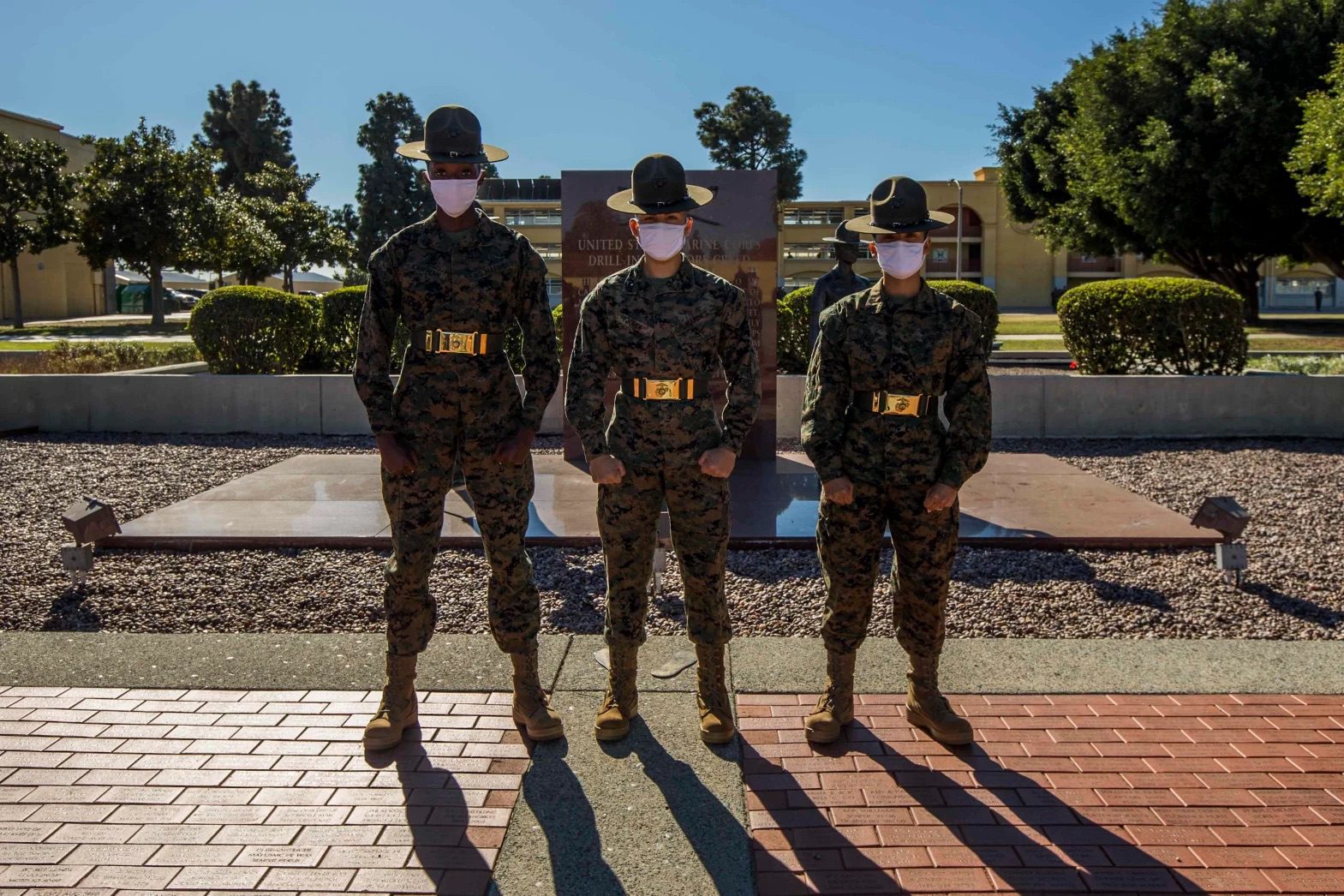 The Commandant of the Marine Corps announced through ALMAR 327/96 (All Marine) Administrative Message on 13 September 1996, and effective immediately, the campaign cover was authorized.  In the same message it also announced that the wear of the scarlet shoulder cord was no longer authorized.

On 1 October 1996, Fourth Recruit Training Bn. Sergeant Major Royce S. Restivo, places a campaign cover on one of the 53 female drill instructors on hand at the scarlet cord retirement ceremony in the Parris Island Lyceum October 2. The final scarlet shoulder cord, the previous symbol of a female DI, was given to retired CWO-2 Phyllis Alexander, former female DI, for placement in the Parris Island Museum. 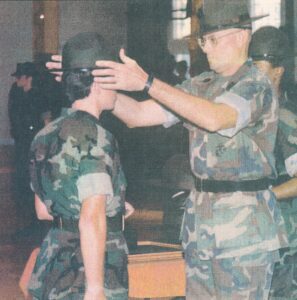 For the first time in nearly 100 years, an integrated company of male and female recruits at MCRD San Diego are about to begin their journey into becoming Marines.

These future Marines will be led by graduates from MCRD's first ever integrated Drill Instructor Course. Now the mission of the course is to screen, train, and further develp leadership and command presence of selected Marines, in order to successfully perform duties of a drill instructor. 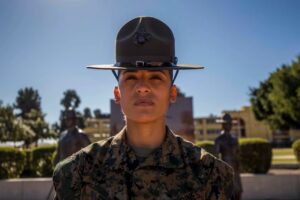 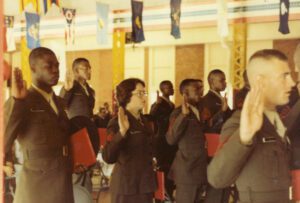 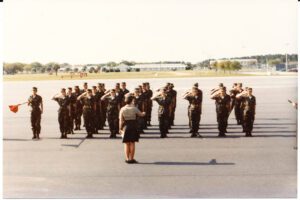